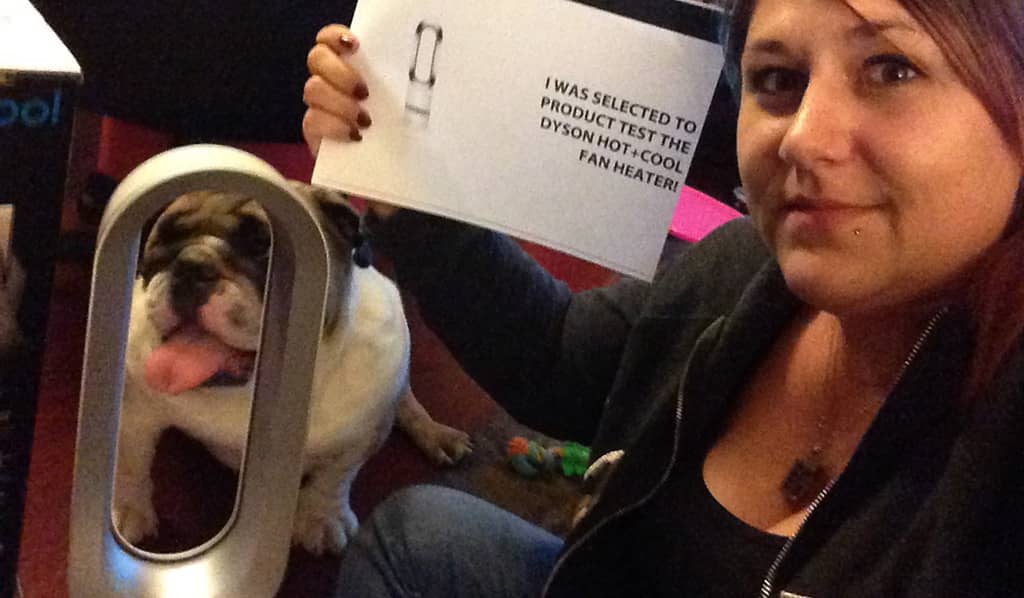 Find out what heather thought about this $450 fan.

First off, I want to thank you dearly for giving me the opportunity to try out the Dyson hot/cold fan. I never expected to be picked and was just ecstatic about it. I've seen these fans on sale at best buy and my doctor’s office has one, I have always wanted one. I won on a Tuesday and had the fan delivered on Thursday... What amazingly fast shipping!!

I was very happy with the delivery and how great the item was packaged. It came in a huge box with a good amount of packing on top of the packing inside of its own box. To be completely honest, I had a heck of a time getting unpacked! It was so well packed in there that it took quite a lot of twisting and pulling to get it out.

Once it was out I was very surprised by how light it was. My first impression was that there was no way that this really light little machine could work as well as a traditional fan, my was I wrong. The design itself is what always made me want one, it's just so inventive and looks almost state of the art with how it is built. It's also just about the perfect size. Most good fans are pretty large and annoying, but the Dyson hot/cold fan is only about 2 feet tall and very slim. It doesn't take up much room at all. I'm usually one of those people that don't read directions, but within a few minutes of trying to get the heat off and just the fan on and subsequently failing, I gave up and read the directions. They were super easy to understand and really explained a lot of the controls as simple as possible. Tons of pictures too! So you don't necessarily even need to read, just take a gander at the pics. 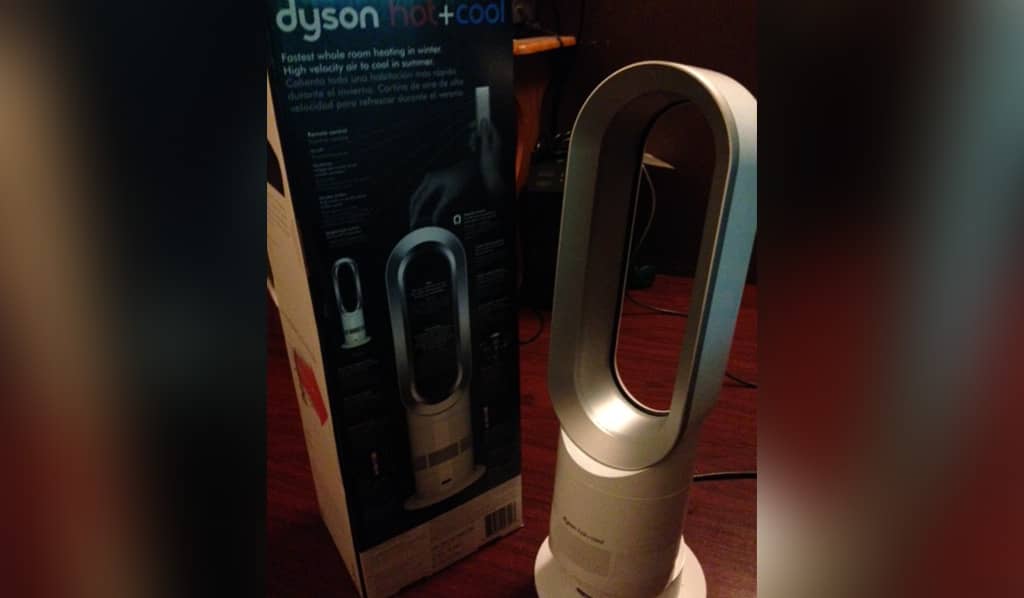 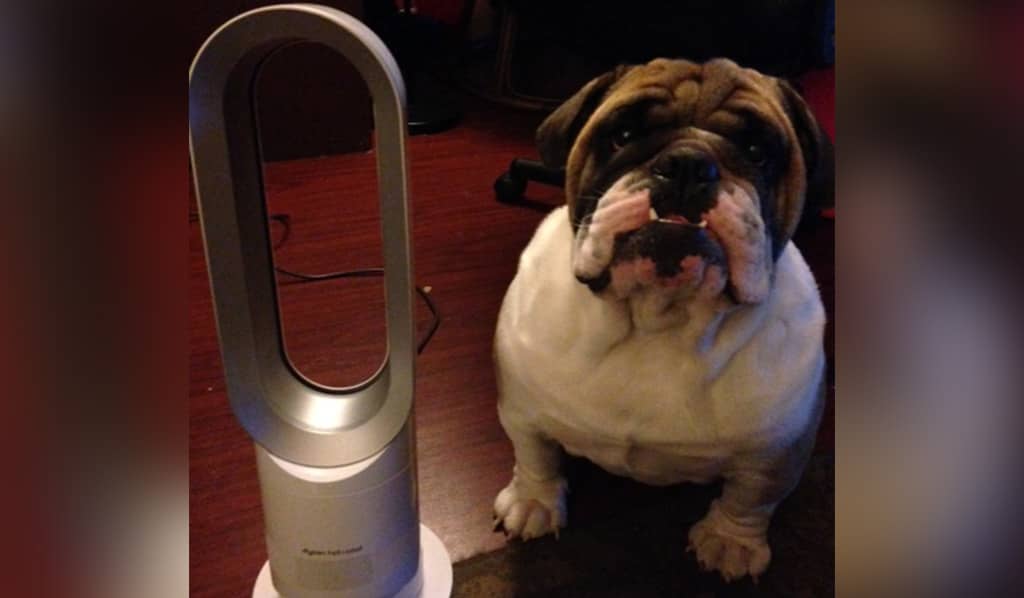 I immediately turned on the cold fan and was awful impressed by how powerful it was. My kids got a kick out of putting their hands in the middle of the fan to feel the air. My bulldog puppy also has taken to sleeping right in front of it or putting his head through the back to get an extra burst of air, what a silly dog! My family and I absolutely love the cool setting, being in the middle of summer and the house is always way too warm. It took me about 5 days until I realized that I only had the fan on level 8 and there are 10 though! Here I thought it was already powerful enough! The only downside of both setting (hot and cold) is that it is pretty loud. I've found that we have had to turn the TV up louder and shout over the noise. I didn't exactly expect that with something that costs as much as it does. That's truly the only possible complaint I would have though.

I did try out the heating setting for a few minutes even though I really didn't want to with it being so warm and I was pleasantly surprised at how quickly it heats up. I can't wait to try it out in the winter and I really hope it helps with the heating bills like it says it will! I will say with the cold on we have turned our central air up to 75 and just leave the fan on and I've found myself actually being chilly and needing a blanket, that's how well this thing works. I would say it's super easy to be stored compared to other fans and heaters. It's a lot smaller than a typical full size fan but does double the work! I hate to say it, because I do love this thing, but I don't think it's a good value for your money. Now if I was a millionaire I would purchase it in a second, but I personally think it's a very steep price for what it offers. If it was an actual air conditioner and heater in one, I think that would make it worth it. But it is simply a fan and a heater. Frugal people like myself wouldn't pay that much for what it is. It would be a lot cheaper to purchase separate fans and heaters that work just as well. But the convenience of having both in one product is great and will definitely be a selling point for some people that aren't penny pinchers. I would definitely recommend it to anyone that doesn't mind the price tag. It really is an amazing machine. If I had to rate the Dyson fan 1 out of 5, I would give it a 4. It is an astounding product. The only downsides are its price and how loud it is at top level. Otherwise, it would have gotten a 5. Again, thank you sooooo very much for allowing me this opportunity. I truthfully love this thing and never would have been able to afford it on my own!!