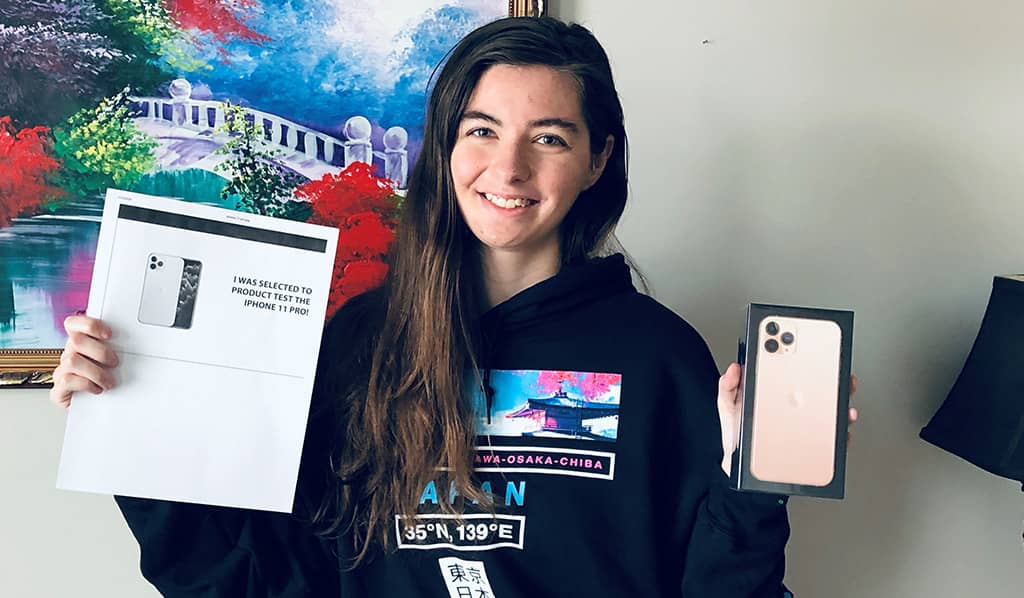 Skye's review of the iPhone 11 Pro is one of the best we have received. She gives some really good detail and informaion about her experience with the phone and the new technology included in this upgrade.

I was ecstatic when I found out that I was picked to review the iPhone 11 Pro. The order was placed on January 10th and then the fateful day arrived on January 13th when it was finally here. I would say that is a decent amount of time for delivery on a phone. It was delivered in a box that was perfectly sized for the phone. When I opened the cardboard box it was shipped it, it revealed a gorgeous box that the iPhone itself was sleeping peacefully in. That is the moment I knew this phone was something else.

I easily slid the top part of the box off and carefully took out the phone, along with some items (such as the charger and headphones etc.) I thought the box it came in was gorgeous but then I turned over the phone and was blinded by this beautiful gold matte textured back. The matte texture helps you hold the phone easier, so it won’t slip right out of your hand and coming from a phone with a glass back - this was a huge upgrade. I also love the placing of the tri-lens camera on the back. It definitely looks aesthetically appealing. The size of the phone is smaller in appearance compared to other iPhones of the past, but the screen size is actually quite large and so the smaller size is a plus since it’s easier to fit it into your pocket.

I turned on the phone and it took almost no time to set up. It was like ‘bam bam bam’ you’re in. I was actually pretty surprised to find out that this iPhone is easier for me to use than some of my past iPhones. I would consider this phone to definitely be new user friendly for someone who wants to upgrade from a much older phone or go from android to iOS. When you press a button/app on the phone it instantly reacts. Saying this phone is fast is honestly an understatement. 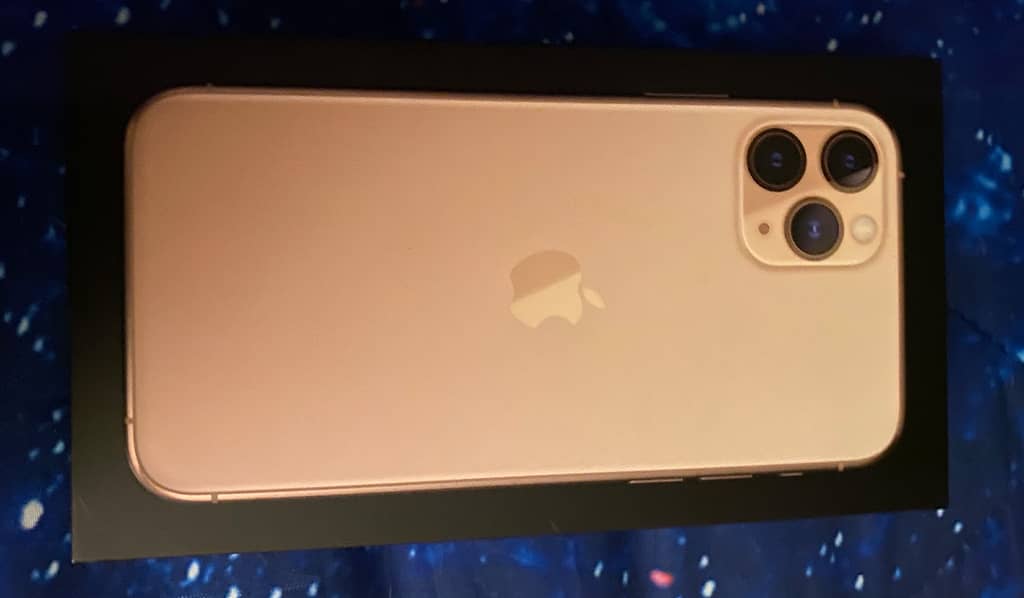 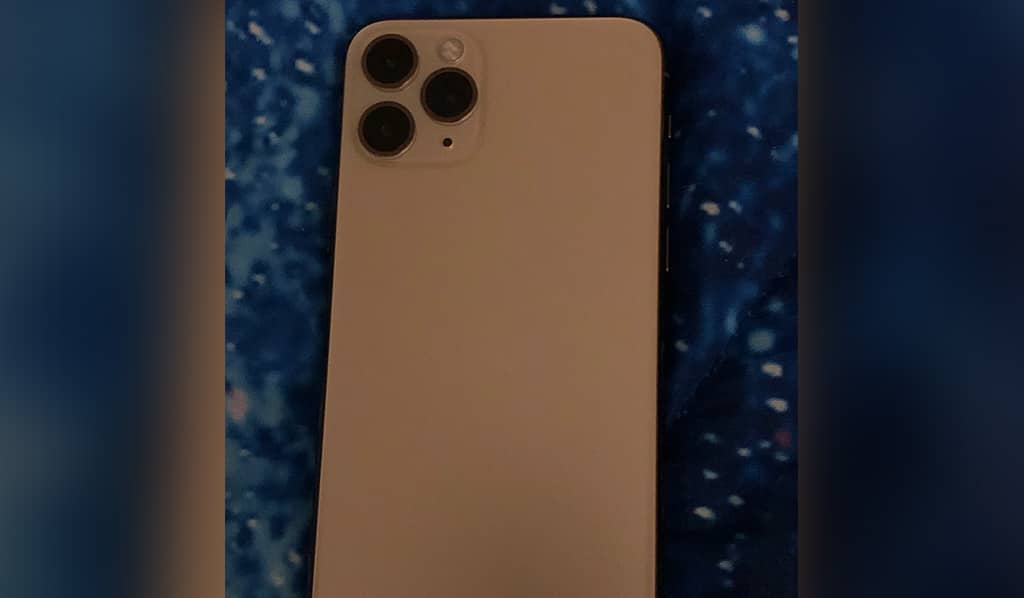 Now at this point I downloaded a couple of apps to test exactly what this phone was capable of. Including discord, pandora, YouTube, and Ulala Idle Adventure. Download time was practically nonexistent in most of these, although Ulala took a couple seconds longer. Everything worked very well and to the max on their abilities. The most taxing app I got was the game, Ulala Idle Adventure, and it ran as smooth as butter. I played it on my other phone (iPhone 8 plus) and it had some lagging issues, but on this phone it was a very obvious upgrade. The music from the game, and pandora, also sounded much nicer.

This phone is even more water resistant (IP68) and has the most durable glass in a smartphone. I don’t wanna test that just in case so I’ll take their word for it. They added a new triple-lens camera and let me tell you; it is my favorite feature of this phone. With the new ultra-wide camera feature you can get a 120 degree field of view which makes it easier to snap high quality group photos! Night mode was also added and it creates beautiful night-time pictures. If you love taking pictures then I would say this phone is a must-have. The filters add something stunning to each shot taken. I could go on and on about how amazing this camera is, but I am so excited to talk about this next part.

The battery. When I first got the phone, I used it all day to message and play games and even watch videos so I could get the battery to die and take notes on certain things. I kid you not, this thing would not die. The battery died at 6:15am on January 14th and so I plugged it in to charge and it was fully charged at 8:00am that same morning. I was watching it pretty frequently and the number was going up so quickly! This battery is amazing and it gets even better since you can check your battery health in the settings so you know when to replace it.

I don’t think this phone needs a case unless you are prone to dropping things. When I hold it, it doesn’t feel slippery at all or like it’ll fall out of my hand. That being said, I will be getting a case since this is just too nice of a phone to risk it.

Compared to some other phones I have owned (such as the iPhone 6, iPhone 8 plus, and a very old android), this phone is magical. I never knew you could see such high quality photos on a phone but on this one it’s as crisp as looking at life itself. For the battery power, the camera quality, the screen resolution, the sound quality (during calls and music/videos) - I would definitely recommend this beauty to anyone if it is within your price range. For everything you’re getting, it is a good value for the price. I rate the iPhone 11 Pro a good 5/5!

One more quick note for those worried about the lack of a headphone jack - I was one of those people who was pretty upset when Apple took away my headphone jack… but since I’ve had the iPhone 8 plus for many years now; I can say it might be for the best they got rid of it, especially since we are transitioning into an era of wireless headphones. I got used to keeping the dongle connected to my headphones so it was no problem at all.

Thank you so much for looking at my review!