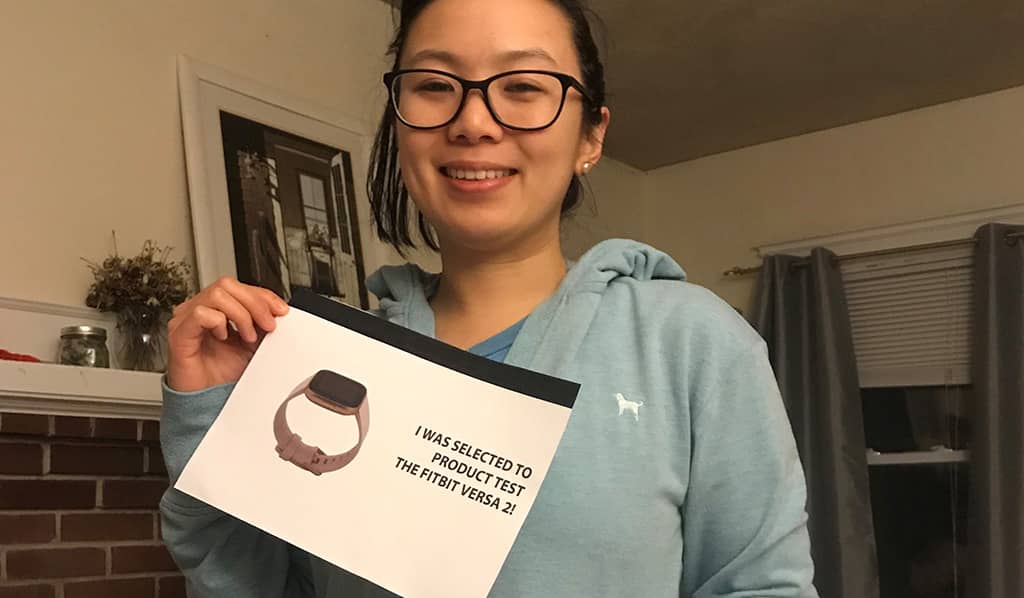 Tammy certainly put this fitness tracker through it's paced, even taking it to a hot yoga session!

The Fit Bit Versa 2 arrived quickly. My roommate, who had picked up the package, said the delivery was quick! Upon opening the package, I noticed that everything was compartmentalized neatly. Included in the package was FitBit Versa 2 in the colors of rose pink and purple, an additional large wristband, instructions on how to attach and detach the wristband, a FitBit product information guide, the charger for the versa 2.

The FitBit Versa 2 was not at all heavy and I could easily move around with it. The square design of the watch reminded me of an Apple Watch. I liked the sleek touchscreen surface of it. 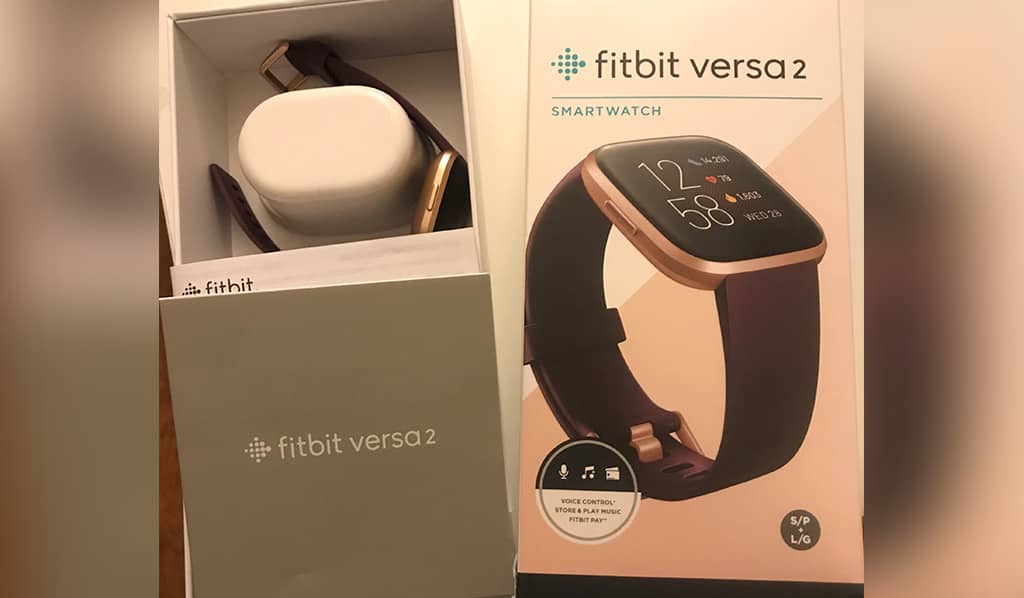 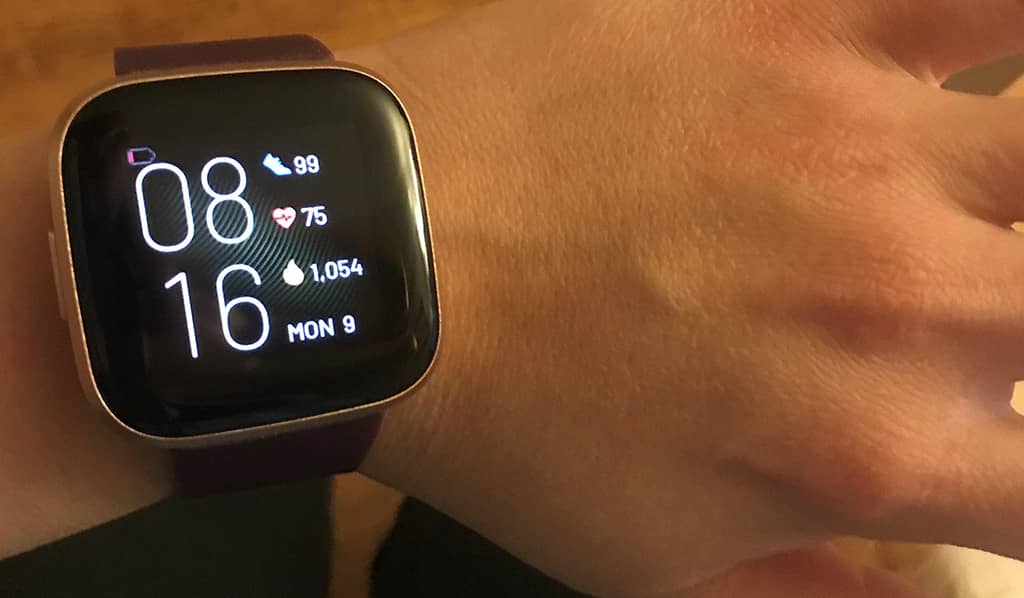 I opened the product information page expecting a product manual. However, this was not the case. The first few pages instructed how to wear the Fit Bit safely as well as a product warranty guide. I was looking for the manual and it turns out there was pages in a different language. I flipped back to the front of the booklet and realized that I needed to go to help.fitbit.com and find the Fit Bit Versa 2 manual. I pinched the charging clip and matched the golden contacts to charge prepare to charge the watch. However, I did not like the material for the charging clip. I want to say this was a poor design. I’ve had products with the same type of material and it usually cracks and breaks very easily. I would say that piece of plastic does not seem durable because it is still necessary to pinch it to insert the watch for a charge. I would not be surprised if this ends up breaking. I downloaded the FitBit app and tried to sync the app with my phone. After the watch was somewhat charged, I attempted to pair my phone with the watch. Though I had full WiFi connection on my phone and on my laptop the Versa had a difficult time connecting to my WiFi. After multiple attempts the watch still stayed at 15%. I then switched to Bluetooth to attempt the pairing but that also did not work properly. After an hour, I gave up and I put on the watch and took it with me to run errands. However, when I was out and about at a local Costco and my data and Bluetooth was still on pulled up the FitBit app and the watch started to sync again. It took about 2 hours to complete this.

When the watch turned on: I noticed how easy it was to maneuver through the screens and I was surprised that the font and icons were reasonably sized and not too small. I like how the FitBit Versa 2 tracks your steps and log in exercise. Though I am unsure of how accurate this is because I had waved my arm around and the FitBit Versa 2 had counted it as steps. However, I went to a hot yoga studio and turned on the yoga workout shortcut and it was able to log my heartrate throughout the session. Also, it was nice being able to see the weather and receive any incoming notifications. I’ve tried to leave the FitBit Versa 2 on to track my sleep however, I noticed that I kept waking up because I was not used to having something on my arm. Also, it was difficult to power off the device and it took a while to find how to shut it down. Although, I would recommend the FitBit Versa 2 to my friends in my age range. However, this may be more difficult to use for people who are not tech savvy. This device is versatile and is useful due to its ability to give you information quickly. I also like how long the battery life last with moderate usage. I would rate this device as 4 out of 5. There needs to be more accuracy with the way the steps are being tracked. However, it is lightweight, and I can wear it throughout the day and with my daily exercise routines without having to worry about whether it will be destroyed by moisture. It seems to be sweatproof so far! The cost of 211.38 is a reasonable price point considering all the efficiencies the devices provides. Though I’ve only used this device for 1 week there is so much more to explore and learning about the FitBit Versa 2.