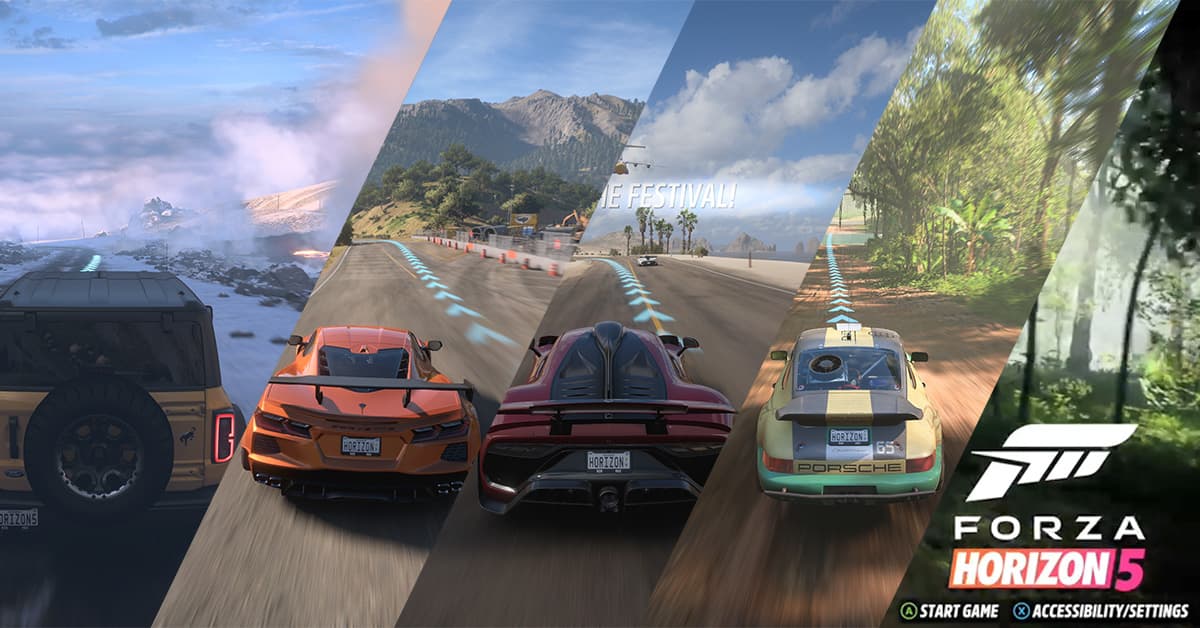 Playground Games and Xbox Game Studios have just released the latest iteration in the Forza Series, Forza Horizon 5, but is it any good?

This is the first Forza Horizon specifically developed for the next generation of consoles and it really shows. This game is beautiful, the level of detail on the cars has always been incredibly high with the Forza series but now the new Mexican location is stunning, and the environments are so lush and full of life, it was hard to concentrate on the driving!

When you begin the game, you are thrown into the world of Forza by being thrown out of a plane in a variety of vehicles, in a variety of locations, from a Ford Bronco on a snow-capped volcano to a classic Porsche 911 in a jungle, this gives you a great taste of what to expect from the game. After this you are sent to the character customisation screen where you can choose the look of your avatar, with this game notably including the ability to include prosthetic limbs.

Once you are happy with the look of your avatar you get to choose from one of the starter cars, I chose the Toyota GR Supra as my first car of choice. Straight after that you are thrown into a showcase, racing a plane across the map in Ken Block’s Ford Escort Cosworth, this is a great fun event and included lots of different environments to test your driving skills and a few surprises along the way. Once this was completed, I was able to explore the map and the other events on offer, these all seem fairly standard for the forza horizon series, point to point races, circuit races etc, and the speed trap and jump challenges. 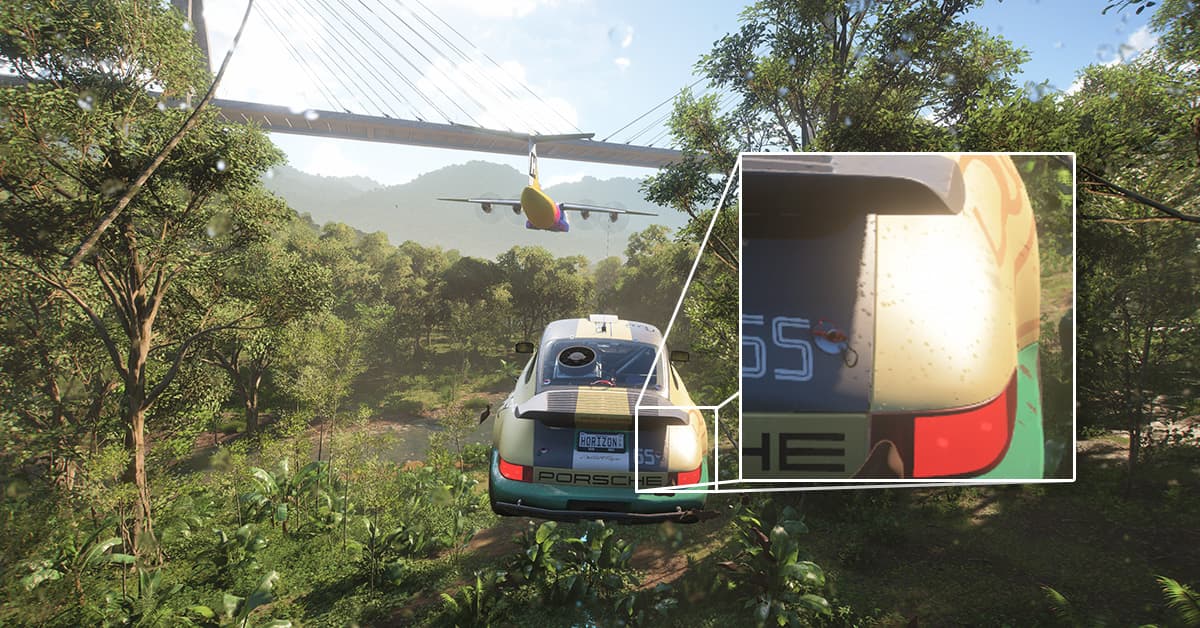 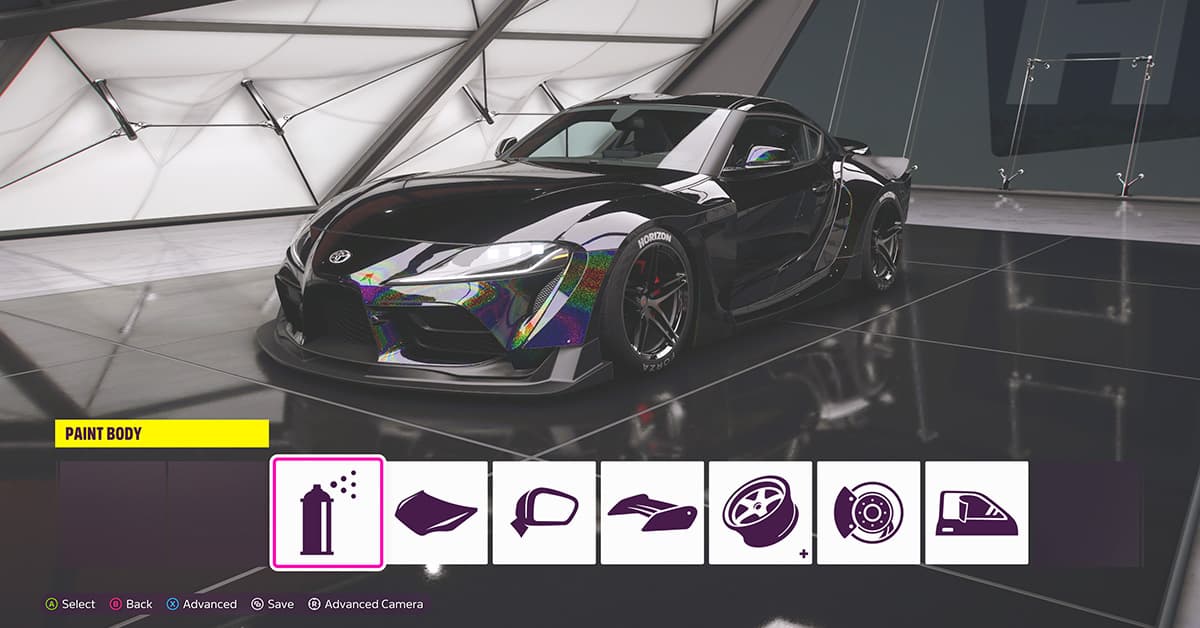 Gameplay wise, I have been a Forza fan since the first Forza Motorsport came out way back in 2005 on the original Xbox and have played every iteration since, the Horizon series has been fun to play but I have always preferred the more simulation focussed Motorsport offerings over the Horizon series. This continues with this one unfortunately, with the standard assist settings enabled this feels very arcade like, even to the point it felt like the game was making the car drift in a certain way to make it look more stylish as you go round a bend. I adjusted the assists and put everything to a more manual/simulation setting, but even after doing this I still didn’t get the satisfying feeling when pulling off a great corner or drift that I get from the other games, it felt a bit too fake, like the game was doing more of the work than I wanted it to.

The soundtrack for me was just annoying, a collection of b sides and album tracks from some of the least exciting artists out there, to the point I turned this off at the beginning of my first race. Looking through the full list there are a couple of highlights but even these are songs the radio has already stopped playing, so for me this is a big miss, if you want music just fire up the Spotify app and play something you would actually enjoy! When in a race I struggled to hear the engine noise of the cars over the radio, and when that was removed the balance between my cars engine and my opponents seemed unbalanced too but that was not adjustable within the settings, I was driving the Escort Cosworth which makes an incredible noise, I wasn’t able to enjoy this fully. Once you are out in clear air the environment and car noises are great, just don’t expect to be able to hear when to change gear easily when in a group.

Overall, this is a really beautiful game, one of the first I have played on the Series X that has made me really sit up and take in the environments, the gameplay for me feels a bit too arcade focussed but that is just a result of them trying to reach a larger audience. Being free with Gamepass I’m sure I will pick this up every now and then to scratch the racing itch but I will wait for the next Forza Motorsport title in 2022 to really sink my time into a racing game.

I downloaded this game for free with my xbox gamepass subscription (around 100gb), and was excited to get into it, I spent around 3 hours playing the game, and I played on the Xbox Series X with a 4k Monitor and Headset.